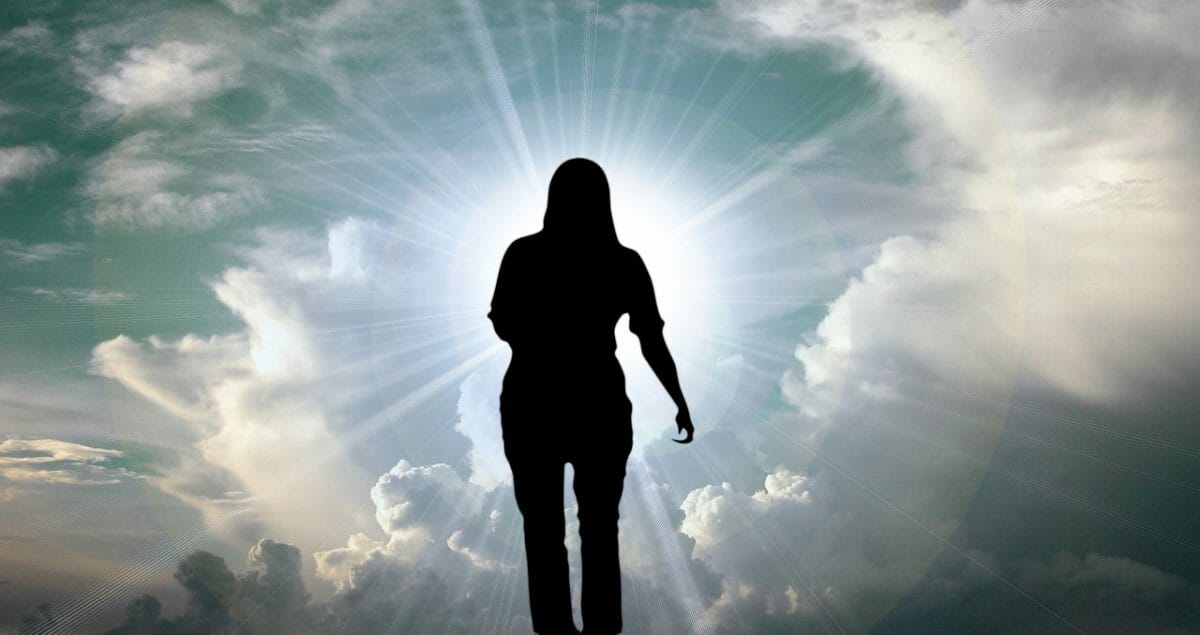 People hold onto many fears during their life, and perhaps the most debilitating and pronounced one is the fear of the inevitability of death.

Death is something which many people avoid thinking about until such a time it is thrust upon them. A friend or relative dies and it suddenly becomes a subject which cannot be ignored, at least until you start to get over the loss.

During the reflective period throughout grieving, you may start to think about your own mortality and the logistical implications should you too shed your mortal coil. Like, will there be enough money left to support my family if I go, or is my last will and testament and my life insurance policy up to date, you know, the practical stuff!

Then the subject of death is happily positioned back in its place, high up, out of sight, on the farthest metaphorical shelf in the back of your mind. Left there gathering dust until the next time it rears its ugly head, and forces us to address it again. However, the next time death rears its head; it could be looking your way!

Why are we unwilling to think about death in terms other than practicality? Why is it when some of us suffer a close shave with death, a health scare or an accident we only then change the way we live our lives, worried that our time was nearly up and we hadn’t done enough, seen enough or hadn’t spent enough time with our children.

It takes this near-death experience, or NDE as some people like to refer to them, to realise our priorities and attempt to start living the life we felt we should have been living, prior to the experience.

Don’t Put It Off

Putting off thinking about death until you encounter one of these close shaves, is tantamount to denial. People are fully aware they have a finite time on earth, and yet they’re shocked when it might have been their time to go. Putting the possibility of your own death to the back of the mind or, living in denial, is the root cause of this shock, and should be avoided at all costs.

The reason people don’t like to think about death is fear, fear of the unknown, fear of pain, fear of not existing anymore, fear of leaving their loved ones, fear of tempting fate, take your pick but fear is the underlying cause for burying your head in the sand and pretending death is something that only happens to old people.

Think about it for a second, if you were to die tomorrow would you be pleased with all you had accomplished? Have you spent more time at work than you have with your family? Have you visited all the places you promised yourself you would visit? Have you told all the people you care about most, that you love them enough? Did you make enough effort to attend your child’s school plays? Did you {fill in the blank}…?

If after thinking about it you realise you haven’t achieved all the things you hoped you would, or spent your time doing the important things that really matter to you, then this is your opportunity for a wakeup call. Death is a reality, and you, along with everyone else on the planet, will at some point in the near or distant future succumb to its call. So what’s stopping you achieving all those things you wanted to do right now?

Many people’s plan is to live to a ripe old age, and die silently and painlessly in their bed surrounded by loving members of their family, having achieved everything they had wanted to in life. Well for most of us it just doesn’t happen like that, and that’s the reality. Death can, and does, come at any time, and at any age.

I had a friend who at the age of 25 told me if he died tomorrow he would be okay with it, and at first I was taken aback, but he lived every day of his life like it was his last, he lived with wild abandon and spontaneity and as a result didn’t fear death. So, I understood what he meant. If he had died the next day he would have no regrets as he lived his life to the fullest.

Death Is Only a Word

Death is as much a part of life as life itself, and consequently holding on to fear about it will only have a negative impact on your emotional state during your life. Death is only a word we have given to what we perceive as the end of our life. No one knows with certainty what happens after death, so it’s unknown, and you cannot fear the unknown. What most people fear is the image our minds have developed around the word ‘death’.

From an early age, we’re bombarded with stories of what might happen after death, tales of untimely or violent deaths and how painful death can be. This all leads to our developed fear of death, but what we’re truly fearful of, is a combination of all the information we have gathered about death, not death itself.

You Only Live Once

You will only experience death once, which is a certainty, so creating and nurturing an unhealthy fear about death is understandable, but needless. From being alive to being dead is a momentary instance in time, you go from one to the other in a millisecond, is it worth spending hours, days, weeks or months of your life worrying about this instance?

It would be more productive to spend that time achieving your goals and experiencing life’s many wonders than needlessly worrying, or being fearful, about a split-second event, of which you have little or no insight, and even less control.

So what are some of the reasons people fear death?

Worrying about suffering a painful death is like wandering through life being fearful that you may get run over by a bus. A bus could cause you severe amounts of pain, long and painful stays in hospital, countless operations to fix your broken bones, and months of agony convalescing. Do you hang on to a fear of getting run over by a bus? no of course you don’t, so if your fear of death is associated with pain, let it go. Who is to say you will experience a painful death? No one, so this is a needless fear you can now release.

Fear of not existing anymore

There are many people who believe after physical death our ‘soul’ lives on. Our ‘soul’ is again only a name for what we perceive as our life force, the force inhabiting our physical body. The truth is no one knows for sure what happens after death, we have no definitive answers to anything associated with an afterlife.

We may carry on existing in another form after physical death, we may not. Is it worth spending the entirety of your life worrying about whether you will exist or not after death? However, remember that very little in the universe exists in the same form forever, everything is subject to change and reformation, why should we be any different, aren’t we made from the same stuff as stars?

Fear of leaving loved ones

You may be fearful of leaving loved ones either alone or in need. Well you’ve thought about all the practical stuff many times, ensuring your life insurance policies and such like are in order. So look again at your fear, as long as your family are provided for the only thing they’ll be losing is you, so what is it you are actually fearful of?

It’s very sad to lose a loved one, however, the loved ones you leave behind are as much a part of life and its cycles, as you and I, and consequently are subject to, and in need of, experiencing life’s emotional tribulations, including grief. It’s all part of living and if they’re never exposed to grief and loss, how would they grow emotionally and discover their own mortality?

Let this fear go, trust and allow the universe to progress with its natural cycles of life and death, death is as natural as life.

Fear of the unknown

Fearing the unknown is fearing life as well as death. The unknown is what makes life interesting and exciting, and this is why I personally prefer to act spontaneously.

Like I said previously, no one knows what happens after death, and for me that’s exciting. I’m actually looking forward to finding out! When it’s my time to go I know I’ll either be a new member of the ‘in the know’ club or I’ll be experiencing, well… nothingness! Either way, what’s to fear? Releasing this fear will serve you well, in life and death.

Some people are fearful of thinking and/or talking about death because they think it will tempt fate and could ultimately bring death on more quickly. I think if you get yourself a healthy outlook on death and don’t attach fear to it, you can talk and think about it all you like.

This fear would of course fit in with the law of attraction ethos which states ‘I attract to myself, whatever I give my focus, attention, or energy to; whether wanted or unwanted’.

Feeling negative emotions about death could enhance the ‘focus, attention and energy’ you’re giving to that subject. I feel if you have a healthy outlook on death and remain fearless of it, you are emitting less negative ‘focus, attention and energy’ when thinking or talking about it. Thinking or talking about death while feeling fearful will send out strong negative signals to the universe, so changing your negative emotion about death to one of positivity can only serve you positively.

Death is an inevitable part of life and very brief, holding on to fear about death is achieving very little and causing you struggle in the here and now. Take some time to think about how you personally feel about death, death as a whole, and also your own death. Once you are aware of where your fear lies, you are in a much better position to action a solution to it.

Quoting Franklin D Roosevelt at his first inaugural speech “The only thing we have to fear is fear itself” (Which he actually said about turning the economy around) sums up quite nicely what you are dealing with. Sometimes the fear is more problematic than what you believe you’re fearful of. Quoting myself, “Eliminate your fear, illuminate your life”!