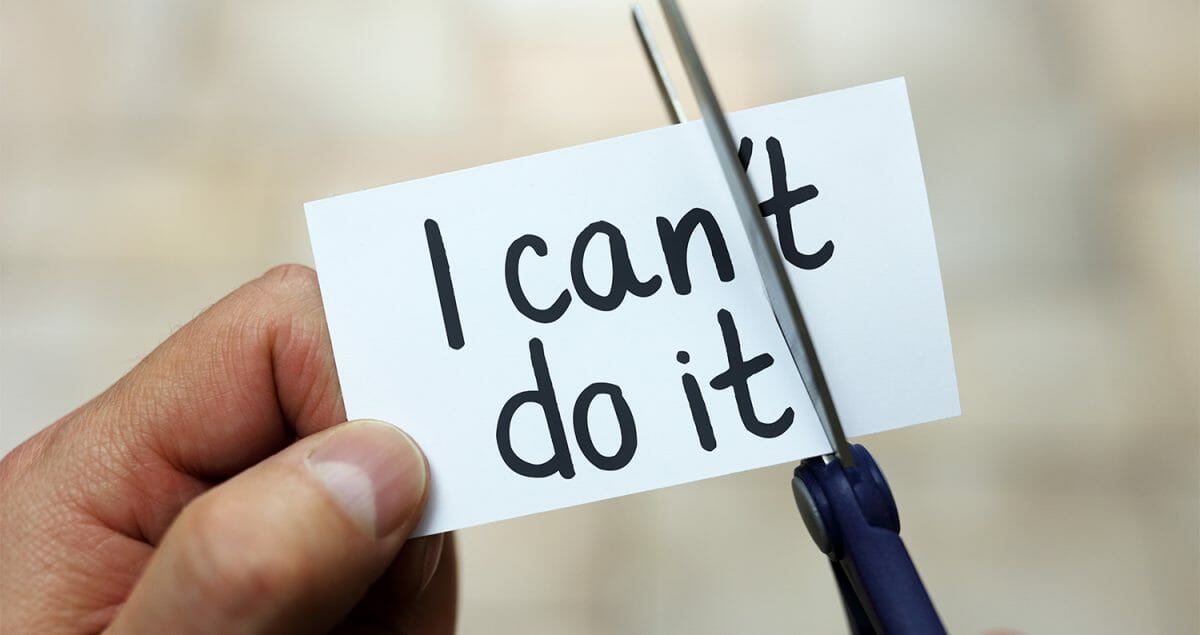 When it comes to receiving the signal of abundance there is one thing between you and the abundance you’re seeking, and that’s limiting beliefs.

Most of us have heard of limiting beliefs, the catalyst which blocks our orders from the cosmos, but how deep do we have to delve in to our psyches to eradicate this spoil sport?

What are limiting beliefs?

For example, if you ask for more money to come into your life but you hold a belief that rich people are dishonest, greedy or in some way non spiritual, then that ‘limiting belief’ will obstruct more money coming into your life. Because even though you are asking for money, your limiting belief is sending out signals to contrary.

If you ask for success to come into your life, but somewhere deep inside you believe you’re not worthy of success, this ‘limiting belief’ dutifully goes about its business and acts as your middleman, turning away any hope of success.

You have honed and finely tuned this belief system over the years since birth, and for the most part you believe in your own beliefs, or why would you have them in the first place right? You’re fully committed to your own belief system, and willingly argue your point if need be.

So we’ve established and agree you have a belief system, one which you stand by wholeheartedly I might add, now ask yourself this. Is there is any part of your life which isn’t going well, or as well as you’d like it to?

Allow me to offer a few examples, it could be your health which isn’t going that well for example, your answer might be, “well I’ve always been prone to illness, I was a sickly child and it’s something I’ve become accustomed to”, that’s a LIMITING BELIEF!

It could be your career; you might answer “I just never get the breaks I need to get ahead” another LIMITING BELIEF.

In relationships, “I always meet people who are either married or exceptionally boring” another LIMITING BELIEF! Okay I’ll stop shouting with the caps now, you get my point right?

Although your belief system can serve you well in certain situations, it can also do you an injustice at other times. Sometimes we need to do our own work and let our middleman step aside for a while.

People don’t generally like to admit that the belief system they’ve used for so long is faulty, and I can relate to that, it’s a big step admitting it, but the positive thing is you only have to admit it to yourself for changes to take effect, no one else!

It’s a fair assumption to make, that if you’ve been asking for certain aspects of your life to change, and have taken the necessary action when needed, and still have no results, that it’s your middleman that’s causing the lack in that aspect of your life.

So now you may be wondering how best to fire your middleman, that’s a good and relevant question! It’s never easy firing someone and it may take a few steps to entirely rid yourself of this unwanted employee.

Identify where your middleman is doing most of his work. This means finding out which aspects of your life aren’t going the way you wish them to go, and once you’ve discovered which parts of your life you’re unhappy with, you’re ready to move onto step two.

Write down all the reasons you’re unhappy with this aspect of your life and more importantly look within to reveal your most honest answers. To help you along ask yourself questions like:

Why has this been a recurring problem in my life?

What do I REALLY believe is the cause of this roadblock?

How can I change things for the better?

Have I noticed this problem in any other aspect of my life?

What’s stopping me getting past this?

How can I resolve this problem?

I’ll state this again for clarity, BE HONEST with yourself, it’s only you reading it after all! It’s also best to write without evaluating what you’re writing.

Go over what you’ve written and comprise a list of limiting beliefs. You may come up with revelations like, “I don’t feel I’m good enough” or “I’m not deserving” or “I don’t feel important enough” or “It’s difficult to earn money” or “Success is out of my reach”.

Whatever you come up with is fine, and it may be difficult doing this step, but soldier on because now you have fresh insight into your limiting belief system. And remember NONE of the limiting beliefs you come up are true, that’s right NONE!

You’ve done a lot of the hard work already and now it’s time for the fun part. Replace your limiting beliefs with new TRUE beliefs. Sounds easy right? Well actually it is, for every negative limiting belief simply turn it on its head and reverse it.

If you have a limiting belief of “Success is out of my reach” replace it with “Success is my birth right” or “Success is already mine” or Success is making its way to me right now” whatever you feel more comfortable with.

Once you have come up with a new belief for each of your limiting beliefs, write them down and your ready for step five.

This is the best step of all in firing your middleman, and it comes in the form of re-imprinting your subconscious! Sounds complicated and scientific right? Well it’s not; although it’s the most important and rewarding of the five steps.

You can come up with your own affirmations that include your new beliefs and say them to yourself every day, especially if you notice your middleman popping up and trying to give his two cents!

However you want to include your new beliefs into your daily life is great, whatever suits you best and what feels most comfortable. The important thing is to make sure your new beliefs become part of the new you, and over all part of your improved belief system.

You’ve been putting it off, but now is the time to say those immortal words to your middleman