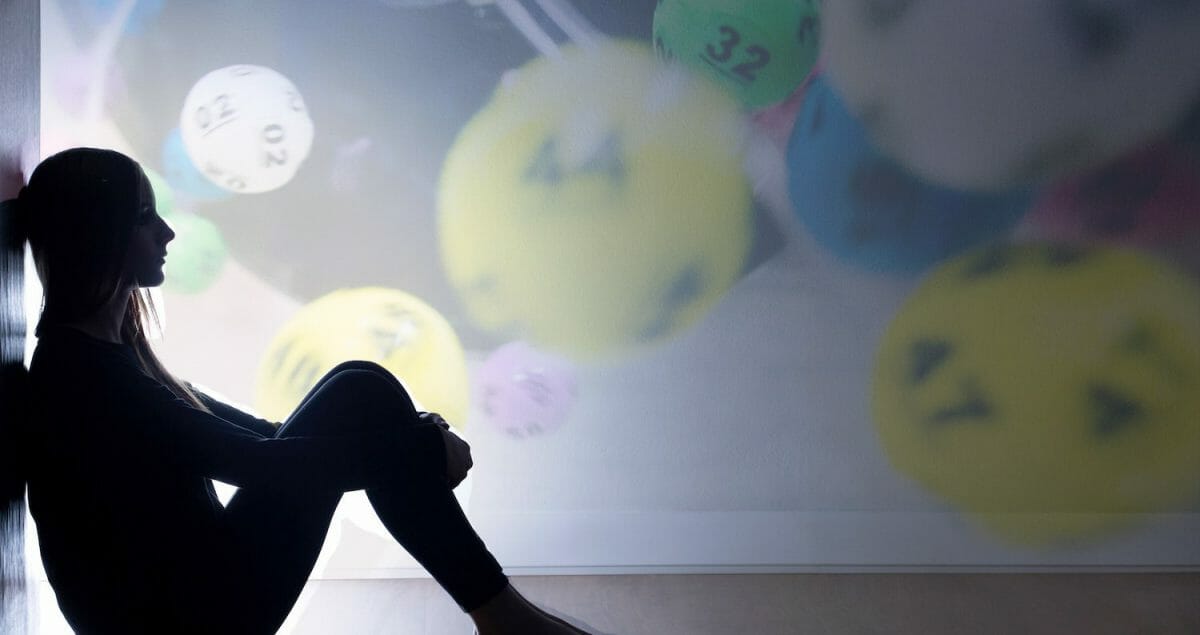 How would you feel, if tonight you won a little over £100k after buying a lottery ticket? Would you show gratitude, feel blessed, fortunate, ecstatic or a mixture of these? How about depressed, unlucky or even swindled?

A friend of mine told me about a friend of his, who won just over £100,000 on the lottery. They played the lottery in the UK and won with five numbers of a possible six, and scooped this very substantial sum of money.

His friend didn’t feel any of the expected elation you would assume, when winning a huge life changing amount of money on the lottery. They slumped into a dark and deep depression that took over their life.

I’ll share with you a few more details, which might clarify this person’s feelings around their financial win.

The lottery result was televised live, and my friend’s friend had their ticket in their hand waiting for the spinning balls to exit the machine. The first ball came out, and was verbally announced by the TV host, it was the first number on their ticket.

The second number rolled out, and again this was the second number on the person’s ticket. My friend’s friend got fairly excited, two numbers, and in exactly the same order which they were drawn on TV.

The third, fourth and fifth numbers came rolling out of the spinning machine, and again in order of the numbers printed on the ticket!

This was destiny in action, this was meant to be! Not only have the first five numbers matched the ones on the ticket, but they have been drawn in the exact same order.

With bated breath, my friend’s friend waited for the sixth number, convinced the match was just a formality. The sixth number was spat out of the machine, but it wasn’t the one printed on the ticket!

“What”?! Already they had imagined how their life was going to change as a millionaire. Thoughts of a jet set lifestyle had flashed through their mind, and they’d already began spending the money.

Their elation at matching five numbers was muted by an overwhelming feeling of despair, they had been so close to winning literally millions of pounds.

Rather than dance around in joyous delight, all he could focus on was this sixth number which had eluded him. He didn’t feel lucky or fortunate that he’d just won a substantial amount of money, he felt cheated out of the jackpot!

I’ve heard of lottery winners becoming despondent and depressed many months or years after winning, realising money alone, cannot buy the happiness they imagined it would, but this is the first time I’ve heard of a winner feeling cheated and upset on the actual day they won.

Many months later, the despondency this person felt turned to depression, and they were later medicated by their doctor for this.

I can understand the motivation and logic behind this person’s thought processes, and while I hope I wouldn’t react in this way to a huge lottery win, I can see how the circumstances lead to it.

There have been times in my own life when I’ve not ‘seen the wood for the trees’ to coin a cliché. When I’ve spent more time thinking about what I haven’t got in life, rather than basking in the delights and enjoying the things that are around me in the moment.

Gratitude is SO Important

Yes, it would be nice to win a lot of money on the lottery, or improve your life in some other way, but how often do you sit back and consciously appreciate what you’ve got already?

How often do you count your blessings and show gratitude for the good health you have, or the wonderful family who surround you? Are you thankful for the roof you have over your head, or the food you’re able to eat on a daily basis?

I feel empathy for my friend’s friend, who was unable to see the good fortune that was sprung upon him that day. I’m saddened that his outlook on life, drove him to view this lottery win as a negative situation.

I hope over time he’ll come to realise that, gratitude, and living in the moment, is really what’s important in life.

Living with ‘what might have beens’ and regrets, and living without, gratitude and thankfulness, for the abundance which surrounds us on a daily basis, is no living at all.

2 thoughts on “A Lesson in Gratitude from a Lottery Winner”