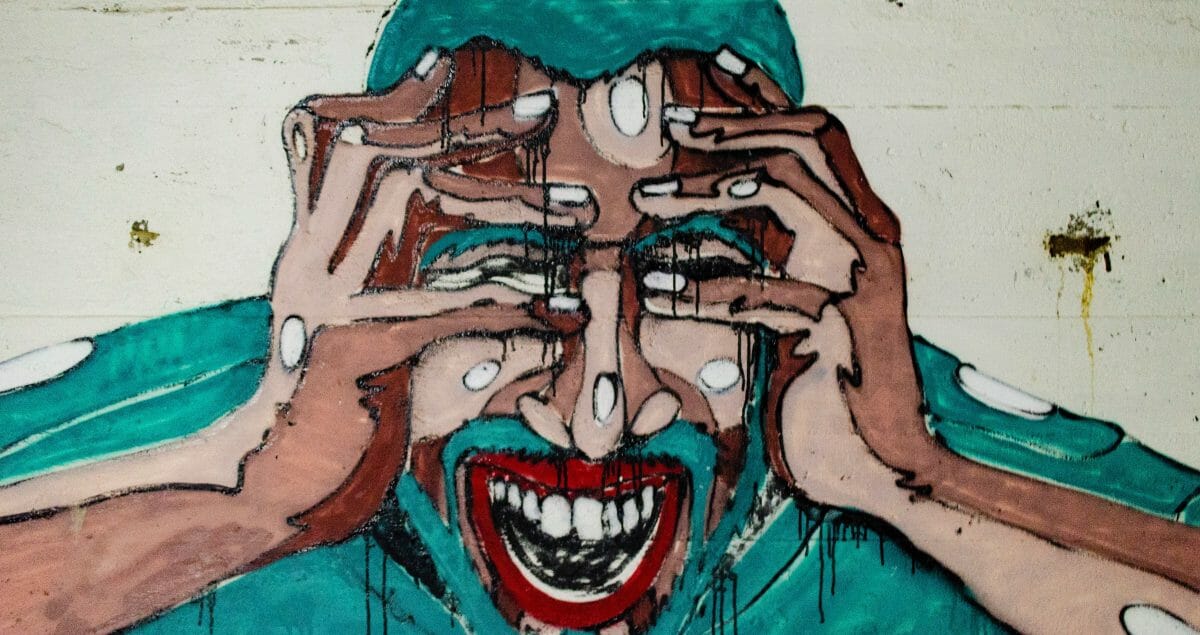 Negative emotion is part and parcel of life, and affects us at varying times of our lives. Either we’re feeling them, or someone we know is experiencing them.

When we feel a negative emotion, we are told we must trade that feeling in, for one which is more palatable for the other people in our vicinity, who are feeling, just a tad uncomfortable.

How Others Deal with Your Negative Emotion

You know the scenario, you’ve probably experienced it yourself, you feel angry or depressed about something in your life, and people are going out of their way to try and improve your emotional state, by telling you to cheer up, calm down, snap out of it, or go and see a doctor.

The people in your life obviously mean well, and believe they’re helping you. But they also feel uncomfortable around you, and around the negative emotions you are displaying. Negativity un-nerves people, they think if they’re around you for any considerable length of time, they might catch your negative emotion, like a cold or flu.

Obviously, how people react around you when you’re experiencing negative emotions will also depend on their own Emotional Type, but for the most part, you may as well have Hanson’s Disease and a pot of pepper, for the amount of time people will want to be around you.

How many times have you felt it yourself, you’ve gone to visit someone and they’re distraught about something, crying or angry, did you feel uncomfortable in that situation? Did you feel at a loss for something to say to them? Where you afraid of saying anything at all, in case you said the wrong thing, and made matters worse?

Have you ever avoided a grieving friend for any length of time, because you just didn’t know what you were going to say to them when you saw them?

If you answered yes to any of the above you know what I mean, we don’t deal with other people’s negative emotions very well.

There’s a scale of emotion which we’re on at any given time, and the best breakdown of this I have found, is from Abraham-Hicks in their book Ask and It Is Given [Affiliate Link] and it goes like this

This emotional guidance scale, lists pretty much, all the emotions we may feel at any given time. It lists them in reverse order, and obviously, the place most of us strive to be, is flipping between position one and seven, but it’s nigh on impossible to be at the top echelons for any great length of time, let alone the entirety of your life.

We all experience ups and downs, peaks and troughs, throughout life, and we may find ourselves at any point on the list on any given day, dependent on circumstance or experiences.

Ask yourself this, is it realistic to suggest to someone, they start feeling positive when they have just lost a loved one, and are in the midst of grief?

Most of you would answer, of course not, that’s completely unrealistic. The person experiencing grief needs the time to work through their feelings, and in time, reach a more positive state of being. That’s reasonably obvious, and most of you will understand there is a process one must go through, for anyone suffering with grief.

So, isn’t it also unrealistic to expect a person who is experiencing jealousy to immediately start experiencing joy, contentment or positivity? It’s as unrealistic because although grief and jealousy are two different emotions, there still exists a natural process that people have to negotiate to reach the desired emotional state.

Here’s an example; if I was experiencing insecurity about a situation, and within a few days my feelings of insecurity had changed to that of jealousy or hatred, that would be progress! Yes, jealousy and hatred are still negative emotions, and will not serve me well should I hang onto those feelings. However, I would recognise that I had moved up the emotional scale and would then be looking to move up further, when I felt ready to do so.

Once I had accepted my feelings of jealousy and/or hatred, and come to terms with them by expressing them in an appropriate way, (and no, giving someone a high five, in the face, with a chair, is not appropriate) I may then experience a move into a state of revenge. After feeling revengeful for an indeterminable length of time, I may then move into a state of anger, and then maybe discouragement.

That being said, it also doesn’t mean, you should expect to experience each emotion in chronological order. It’s possible to jump from jealousy to anger, or revenge to blame, or anger to disappointment, as these are fairly close on the scale. But it’s also okay to feel each of the emotions as you navigate a better feeling.

Say you’re feeling angry about something, and after a few days you begin feeling blame, that’s a move in the right direction. But should you go back to an emotion of anger, from blame, although not moving forward in terms of ‘feeling better’ it’s an understandable revert. And in time you will start to move back up the emotional scale.

These are all natural steps in coming to terms with, and accepting, the feelings associated with any given situation which occurs in life. Beating yourself up, because you’re feeling negative emotions about something in your life, or about yourself, will not serve you well, and interfere with the emotional process you have to go through, to get to the place you want to be.

Also bear in mind that it’s not until we experience negative emotions or experiences, we usually use this as a springboard for making life altering decisions. Decisions which usually alter our life path for the better.

When dealing with emotions, it’s not even helpful to mention timescale. But seeing as I’ve already done it, lets clear it up. People are different, if you weren’t already aware, and what’s right for one person isn’t necessarily right for another. Obviously if you find yourself in a negative emotional state for prolonged periods of time, it might be helpful to explore it a little more deeply.

Its very subjective and you should follow your own emotional gut feeling. If you’re feeling grief for a lost loved one, it may be natural to be in this state for a number of years. Whereas, if depression was being experienced for this amount of time, it would obviously be wise to seek help from a professional.

The same with prolonged emotions of hate, revenge or anger. Dependent on the circumstances, only you will know if the negative emotion is one which is stubbornly hanging around, and not showing any signs of improvement.  If this is the case, speak to someone about your feelings. Someone you trust, who can help you sort through a possible action plan.

That being said, don’t feel as though you have to move out of your negative emotion until you are ready to do so, and remember, feeling negative emotions are all part of the natural process. Realising this can give you a better understanding of your emotional system, and the next time someone tells you to snap out of it, tell them, in the nicest possible way, to go fuck themselves.

So yes, feeling hatred and other negative emotion can sometimes be okay, don’t be afraid to face and feel your emotions, even the undesirable and less favoured ones.