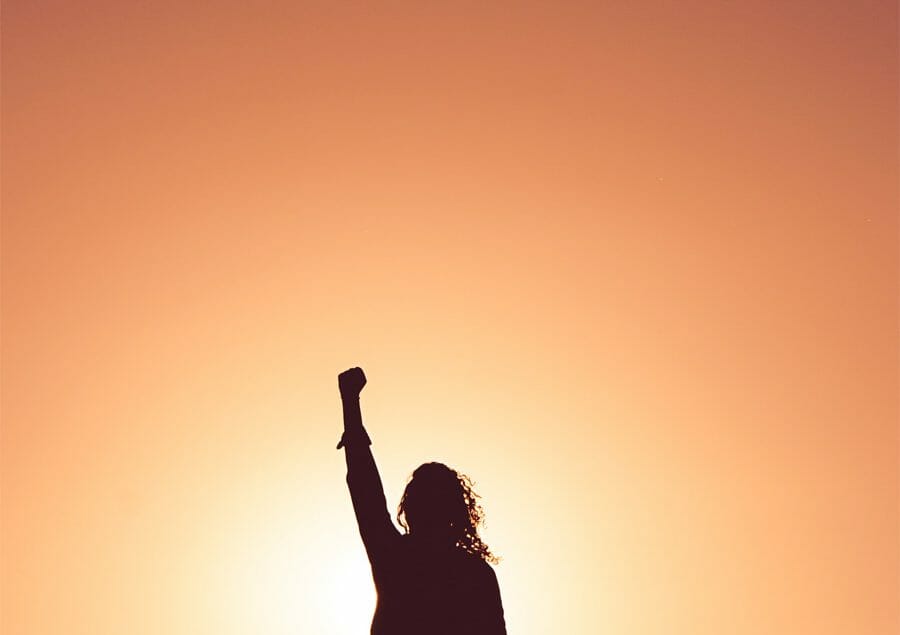 I always thought I had a problem with authority the whole of my life, and it’s not until recently I gained a little clarity on this trait of mine.

I no longer see me having a problem with authority, I now see it for what it is, a deep dislike for inequality and injustice.

This realisation came when I examined parts of my life other than authority, namely I remembered the time I went to my first gig, to see David Bowie in Manchester at the tender age of 16.

I was really excited about attending my first concert, more so because it was David Bowie, and I’d loved listening to his albums for two years prior, and his music really struck a chord with me. (Pardon the pun)

So, the venue was filling up and it was nearly time for the man himself to appear on stage, I started to notice people whipping themselves into a frenzy and becoming, what I initially described as, over-excited.

Bowie then appeared 40 ft above the stage, attached to a cable, and was lowered as he started singing the first few words of his opening song. Cool entrance I thought, but my attention was distracted from his theatrical opening by a large majority of the punters, who were by now, shrieking louder than a banshee in an old people’s home.

Screaming, holding their arms out in a vain attempt to touch the singer, jumping up and down and some were even crying! Yes, actually crying! “Wow, is this the prerequisite state for attending a gig”?

Whether this was the normal order of play at a gig or not, I didn’t like it, and it made me wholly uncomfortable. I just didn’t understand this hero worshipping.

Sure, David Bowie was a big deal in the music business, and I appreciate his music just as much now as I did back then. But these people were putting him on some metaphorical pedestal and saw him as a ‘god-like’ figure, way above the normal expectations of a man.

I really didn’t understand the behaviour of the crowd, and as I was one of the very few not acting in this frenzied way, I thought at the time that maybe I didn’t fully understand the dynamics of a huge arena music concert.

Yes, he was a huge ‘star’. Yes, he made great music, but really, come on, he was just a man. A talented, complicated, interesting and flawed fucking dude with the same fears, aspirations, hopes, dreams and faults as everyone else.

It seemed the majority could only see the celebrity aspect of the man in front of them, and acted accordingly.

I’ve bumped into a few ‘famous’ people over the years and I’ve never experienced what others describe as ‘star struck’. And it’s the same when I’m in the presence of people who are, considered to be, figures of authority.

We’re All the Same

Whether they are police, members of the peerage, court officials, politicians, teachers or your boss at work, I cannot bring myself to give away my autonomy and see them as any different to you and me. And although I don’t see anyone else as better or worse than myself, I still have an appreciation for people’s talents or individuality.

A job or hereditary title is just that, and far too many people who attain, or are born into, these positions of authority develop a misguided sense of power. Power which can and does get misused. I’ve been witness to, and personally experienced, this misuse of power on many occasions.

I have seen police officers exploiting their position in ways which are inexcusable. I’ve also been on the receiving end of the misuse of power within the workplace.

Don’t misunderstand me, I’ve also met police officers who were self-aware and didn’t misuse the authority “given” to them by the state.

I have a firm belief in always questioning authority, and that’s the reason I previously thought I had an issue with it. It’s also the reason I have in the past, been given labels such as rebellious. I have questioned authority for as long as I can remember.

I questioned authority at school and was given the title of disruptive or trouble maker. Obviously, I was bestowed these titles by the motherfuckers who thought I should just sit back and do as I was told, when facing unfair treatment.

Bear in mind that people in positions of authority who have nothing but the greater good on their mind, usually embrace the opportunity to discuss the reasoning behind their decisions.

Whereas the figures who may be prone to abusing their authority, when questioned, may spit answers like “because I said so” or “how dare you question me you free thinking son of a bitch”. Well maybe not the last one so much, but you get my point.

I also don’t like using the word power when describing authority, as I don’t believe these authority figures have any real power, other than the power we all have within us as human beings.

I really believe I have a healthy disregard for authority, and I also believe more people should question it. What I really have an issue with, is inequality and injustice in whatever form that takes.

I live in the UK and should I ever meet the head of state (currently the queen) I would be expected to bow my head when meeting her. My first response to this is, why? Actually, my first response is “What the fuck!” but why will do.

Why would I bow my head to another human being? Well I wouldn’t, but the concept and expectation astounds me! I’ve never actually met the queen (believe it or not) so I have no opinion about her as a person, although as you can probably guess, I don’t agree with the concept of a ruling elite.

As far as I know, she might be a very nice and warm human being, and that’s fine, but I still wouldn’t bow my head in subservience to her, to me that’s just crazy! Doing so would strengthen the outdated concept that this type of behaviour is normal. If done mutually, the act of bowing your head has a whole different connotation, there is a two-way respect.

It’s the same in a court of law, everyone is expected to bow to the judge when entering or leaving a courtroom, and stand when the judge enters the courtroom. Again, for me, I just don’t understand why there is an expectation for people to do this just because ‘the judge’ has this job and title.

If the judge bowed his head at me when entering the courtroom, I might feel a little more inclined to do the same in response, out of courtesy, like the greetings in Eastern Asia, as this may be a mutually respective act.

But until I meet a judge who first takes the time to stand when I enter a courtroom, and bow their head to me, they won’t be getting any bow from me. Not that I attend court much anymore, but I did in a previous job. (Just for the record)

Briefly going back to the beginning of the article, I also didn’t understand why all those people were hero worshipping David Bowie when he came on stage to perform. Sure, show appreciation for his work by all means, enjoy seeing him perform live, but screaming, crying and reaching out to touch him, gimme a break!

David Bowie, the queen of England or the judge in a courtroom are just PEOPLE, people like you and me, no better no worse. They are as deserving of respect as the next person, they’re no more or less deserving of respect purely because of their titles or job roles. Respect is earned through actions and behaviour, not entitlement.

I don’t agree with hierarchies’ full stop, I believe they create an imbalance in humanity which discriminates against the many. Couple this with the fact that the people in these positions of authority are usually the ones with most of the wealth and influence, and you can begin to see how the injustice and inequality that exists in the world today is perpetuated.

I also believe that by questioning authority I’m doing my bit for humanity, to prise it away from the draconian outdated establishment which still has a hold on the 21st century. Humanity is moving consciously in the right direction, whereby we are beginning to understand ourselves on a personal and collective level.

We no longer have to go through life believing we’re not good enough, or powerful enough, to make autonomous decisions about our own lives, or the world at large. We no longer need to be babysat by a governing elite who have only their own interests at heart.

We are strong and powerful human beings who deserve more than a life of servitude to the state, and unquestioning obedience. Long gone are the days when the establishment could instil fear in us by telling us we would go to hell and burn for eternity.

Luckily we are now much more evolved and educated, but still the fight for control and power goes on. As we evolve, so do the methods of control, so we need to be perceptive to anyone who would use their position of authority for their own good, rather than the good of others.

We should be ready to unveil any abuse of authority, large or small, and how better to do that than to question it. It’s our duty to question what we feel is wrong in the world, even if it does come from someone considered to be a person in authority.

So, I no longer feel I have a problem with authority, I just believe authority must prove itself before I walk blindly down its path.